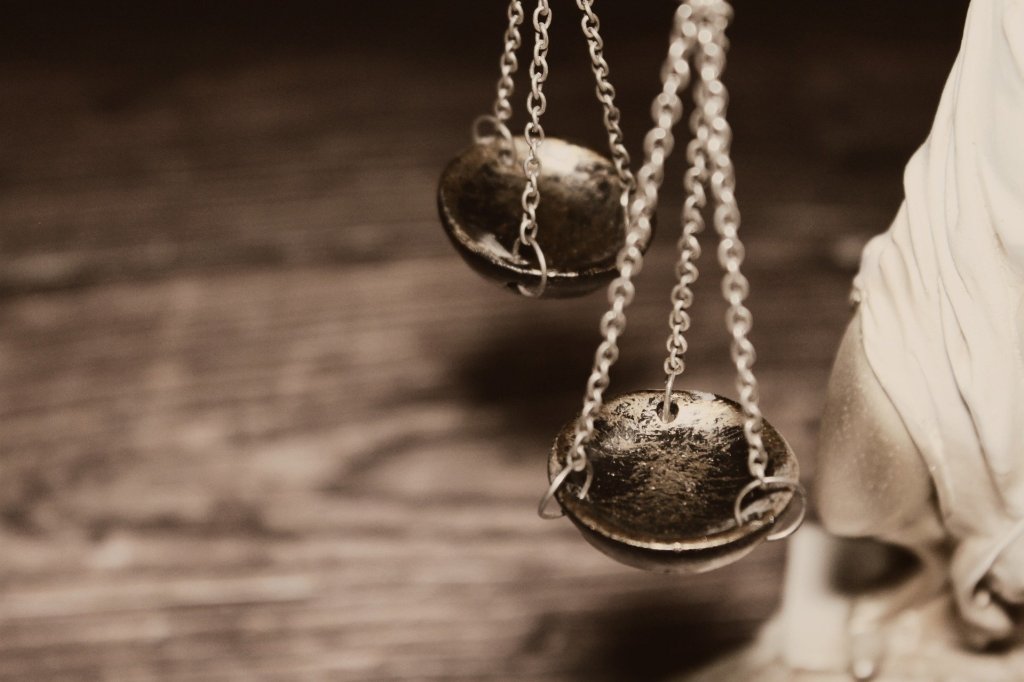 You have come across the term “filing for bankruptcy at 20” many times especially in items dealing with debt. Amusingly, there is no chapter 20 in bankruptcy laws. The process of filing in chapter 7 followed by chapter 13 is collectively known as chapter 20 bankruptcy.

What is not possible by chapter 7?

Chapter 7 is a great bankruptcy law by which you can avoid harassment by creditors, stop debt proceedings against you immediately and let you keep some of your assets. It mainly helps in clearing the unsecured debts. Unsecured debts can be credit card dues, overdue utility payments or personal loans.

However,some debts are not easy to be brushed off by chapter 7 filing. Most prominent of non-recoverable debts by chapter 7 are older tax debts, student loans and alimony.

It is not that you cannot entirely rub off a student loan by filing in chapter 7. In case you want to square off your student loan under this scheme, you will have to prove the heavy undue hardships you will undergo in settling this debt.

However, no such offers are available for taxes due in chapter 7. You will have to pay your taxes after discharge or else face the music.

Chapter 7 is fashioned to clear the unsecured loans.

Child support dues are not whitewashed clean by Chapter 7; these unpaid dues continue to remain as a blot on your credit-worthiness unless you pay them .

Filing a chapter 7-bankruptcy appeal will not allow overcoming the missed premiums in mortgages or car buying payments category. Failing to pay these may lead to a takeover of the mortgage or the car.

What chapter 13 cannot do?

Unlike chapter 7, chapter 13 debts are classified mainly into secured and unsecured claims. Here the stress lies in paying the secured claims first. Some debts, which cannot be paid off through chapter 7, are classified as priority debts in Chapter 13. These are not discharged but are supposed to be paid back within 3-5 years. An example is the unpaid previous taxes, child support, and alimony payments.

You become ineligible for chapter 13 bankruptcy safety net under the following conditions:

You should have a decent disposable income after meeting your routine expenses to be eligible for chapter 13 scheme.

The advantage of filing a chapter 20 bankruptcy:

This is the name of a strategy used to cut down both types of debt, unsecured and secured, most optimally. This strategy works best for pruning all almost types of defaults or loan dues by using chapter 7, followed by chapter 13.

The most obvious advantage is cutting down the loan amount via chapter 7 to make it suitable for chapter 13. However, 13Thchapter is not applicable if the debt is above a certain value in both secured and unsecured category.

Do you want to learn how to solve this 13Th chapter problem?

Discharge your unsecured debts via chapter 7. Check out your exempt assets and non-exempt assets for purpose of selling off. Also, check the type of debt you have and how much of it allowed to be paid off in 7 via your nonexempt assets.

Allow hiving of nonexempt assets to pare the total loans to bring it within the limit prescribed by 13Th chapter eligibility.

Once it is down to the prescribed levels, try filing under chapter 13 to pay back dues in missed mortgage, car buying premiums, taxes due, child support .etc. As you know by now, these cannot be set off in chapter 7.

Another use of a Chapter 20 bankruptcy strategy is when you think yourself as capable of paying off a large due but will need considerable time for that repayment.

Chapter 20 bankruptcy filing is actually a strategy where both the chapter 7 and chapter 13 are used, one after another, respectively. While chapter 7 brings down the total loan amount comprising the secured and unsecured loans to a permissible limit, chapter 13 is then used to repay the larger secured borrowings within a larger period.

You can use the larger period available to the chapter 13 filers to settle large debts like mortgage. Some loans like unsettled tax dues, cannot be brushed under carpet through chapter 7. This is the point where chapter 13 steps in. By filing bankruptcy request, the ineligible dues under chapter 7, can be settled rather comfortably within 3 to 5 years via chapter 13.

In case of a home mortgage, you can first reduce the non-mortgage dues via chapter 7. Then, you can aim to catch up on the past mortgage premium payments (according to the Chapter 13 payment terms) through chapter 13. Without this ample period available for mortgage homebuyers to catch up, many home would have faced foreclosures.

Chapter 20 May Help You Qualify for Chapter 13 Bankruptcy

To be eligible for chapter 13, you have to meet basic two criterions. Your unsecured debt should be below 3,60,475$. In case of secured dues, it should be below 1.081.400 $. Larger than that, file under other more cumbersome chapters like 11.

Also, you need to prove yourself solvent enough to pay for some amount of debt every month.

To meet the first criterion, hive off your unsecured due amounts by selling off the non-exempt amounts under chapter 7. The reduced debt would spare you with a roof on the head while your overall debt comes down. This would not only bring down to debt to the permissible limit for section 13 but would also leave you enough of free money per month to pay the dues now decided by the chapter 13 trustee. In absence of chapter 7, paying the interest plus part of the principal amount left you exhausted and with little of the free money to pay the dues of secured debt.

As the name suggests, priority debts are meant to be settled on a priority basis. Else, they may land you in considerable legal hassles. However, Chapter 7 is designed so that unsecured loans are easily and efficiently settled while leaving something for the debtor. It is not designed to settle the priority debts e.g. the tax due, child support.

It is better to get rid of the unsecured loans at a discounted rate through chapter 7, become free. You can then focus on settling the priority and secured debts within the spacious settlement time of 4-5 years.

Listen: It is not that unsecured loans can be paid only through chapter 7 filing. The same can be done through chapter 13. However, in that case, instead of the loan being absolved, you will have to repay it (at least partly) within a given time. The given time is long enough. However, instead of paying the unsecured dues via this route, it is more profitable to pay the priority and secured dues via this opportunity.

Thus, you are given the opportunity of choosing unsecured loans first followed by a full effort to payback the secured ones after that. In short, you can selectively focus on secured or unsecured debts.

Steps to file under Chapter 20 bankruptcy

Here are the requirements for filing a chapter 20:

However, to be illegible for chapter 7, one has to pass a series of means test. In case you pass that test, you can file an appeal under chapter 7. After discharge, for filing request under chapter 13, you will have to again undergo a solvency test.

To be illegible for chapter 13, you must have a per month free income after-meeting-own–expenses, to partially pay off the debt. The chapter 13 trustee will decide the amount that is to be paid per month for hiving off the debt under this relief scheme.

A person first files the bankruptcy request under chapter 7. For this, he has to list his unsecured debts, exempt and non-exempt assets transparently. Once he is lucky enough to get his discharge certificate, he will go for settling the rest dues under chapter 13. Here, he will appeal to clear mainly the unpaid secured loans and those, which remained unpaid under chapter 7.

What are the limitations of chapter 20?

Chapter 7 is one of the easiest and fastest routes to get rid of unsecured dues, no doubt about it.

If you get a chapter 7 discharge, you become ineligible to get a discharge in chapter 13 within the following four years.

Chapter 13 is mainly aimed at buying time for paying your larger secured dues or catching up with the unpaid premiums in the mortgage or car buying category, so this no-discharge law of four years is followed.

However, get this fact:

Under chapter 20, you can’t keep your business, non-exempt items or equity from being dissolved to pay your creditors. They have to go, so pay back your dues in time.

Lien stripping is not sure:

Lien stripping is the preferred method when your mortgage number more than one property but your debt is larger than the properties combined. Under lien stripping, there is a chance of saving the second mortgaged property, even if the loan amount due exceeds the value of the first mortgaged asset. However, be warned: Lien stripping is not available under chapter 7.

Look, bankruptcy courts follow their own minds when it comes to Lien Stripping under chapter 13. It may or may not be available in this part too. It all depends on the court.

Want to know a secret!

In case you want to avail the facility of Lien Stripping, consult with the bankruptcy lawyer first. Be well prepared before you start filing the requests under chapter 7. Once the process starts and chapter 13 follows after chap 7 discharge, you will not be able to turn back the process before several years.

Never try to pay unsecured debts via chapter 13.
By now, you will have realized that chapter 13 is meant for large secured loans and mortgage premiums, tax dues that have remained unpaid and can land you in big legal trouble.
The aim is to repay those dues as much as possible in an ample breathing time of 3-5 years.
In case you try to slyly pay off unsecured claims via chapter 13 and the trustee gets a whiff of it, they may raise objection stating it as a bad faith measure. You are seen as using the system loophole to settle your unsecured dues.
So, play by the rules. Get yourself free from the accumulated mountain of debt.

You will not get the same chance for the next five years once the process gets going and you are absolved once.